For our June 5k, we completed the Braves Country 5k – the first race in the new Suntrust Stadium & the first we’ve completed since March as a full team of four! It was HOT, and not without hills, and did I mention hot?

Here is a snapshot of the Strava map when we were halfway through. At the end of the race we looped back and INTO Suntrust Park to run around the outskirts of the field. 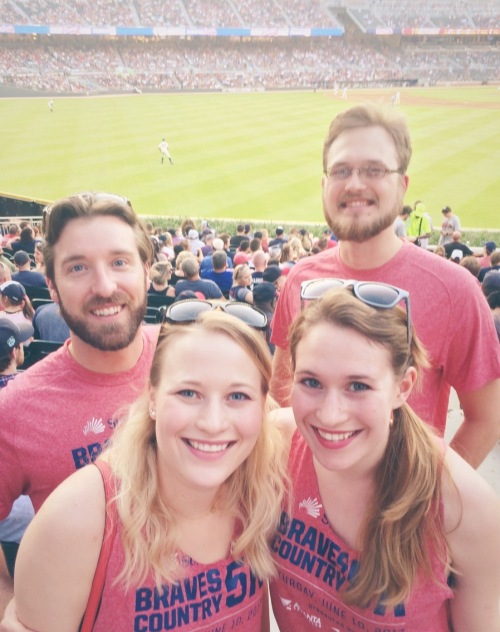 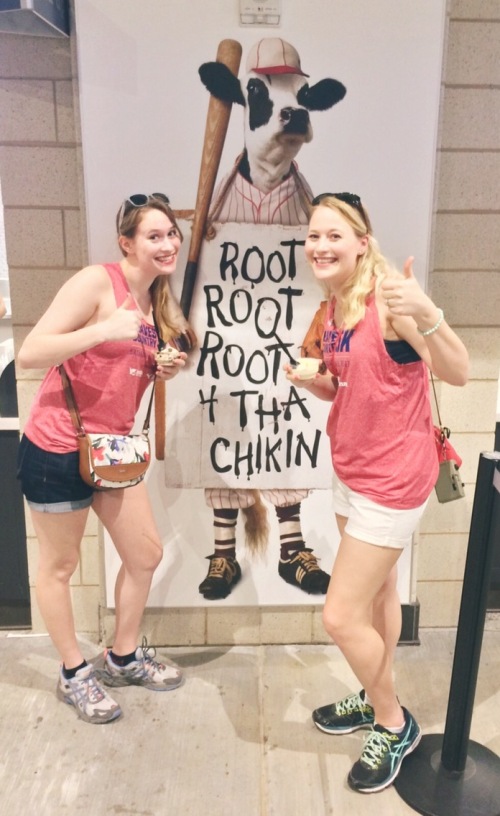 Running bibs also included tickets to that evening’s baseball game, which the Braves lost terribly, but let’s be honest… we were mostly there for the ballpark food anyway. “Go Braves! Now where did they say those tacos were located?”

This is a “serious” run in terms of attendees. There’s an abundance of trained track athletes, and high mileage runners [read: “faster than us” runners]. Many of the participants are aiming for the Peachtree Road Race, and run this race as a qualifier. We made good time, and kept a decent pace, especially considering this is the HOTTEST run we’ve completed yet! This makes #8 for me and Carol Anne. To see some of our runs over the past year check out this one, and this one, or (our favorite so far!) this one.

Go Braves! And happy summer, friends! Have you had a hotdog yet?!

One thought on “Braves Country 5k”